This free document summarises the UK legislation which requires contracts for construction operations to contain certain terms including those relating to payment, suspension and adjudication.  The law was originally passed in 1996 and changes came into effect on 1 October 2011.

CONSTRUCTION CONTRACTS IN THE UNITED KINGDOM

There is legislation that applies to contracts for “construction operations” within the UK.  Broadly speaking, this covers all contracts involving building operations, both new buildings and maintenance or repairs of existing buildings, within the UK.  The main exception is construction work for residential occupiers.  The law applies not just to building contracts but also to contracts appointing an architect, engineer or other professional consultant in relation to a construction project as well as to specialist contractors.

The Construction Act contains certain mandatory provisions relating to payment and adjudication as a means of resolving disputes.  This now applies whether the contract is made orally or in writing or a mixture of the two.

Where the duration of a contract is likely to be 45 days or more, a construction contract must provide an adequate mechanism for determining what payments become due under the contract, when they become due and contain provision for a final date for payment of each sum becoming due.  For example, a contract may state that interim payments become due on 1st of each month for work carried out in the previous month, the contractor should submit a payment notice within 5 days of the due date and the final date for payment is 28th of the month.

Points to note are:

“Pay when certified” clauses in construction contracts are also outlawed:  it is not permitted to make payment conditional on performance of obligations under another contract.

Section 111 makes it illegal for a party (usually the employer) to withhold any amount from a payment which has become due unless within a specified period before the final date for payment, that party has given an effective notice of its intention to pay less than the amount shown in the payment notice. The “pay less” notice must state the amount the payer intends to pay and “the basis on which that amount is calculated”.

The period within which the pay less notice is to be given should be specified in the contract.

For example a contract may state that if the employer intends to pay less than the amount specified in the payment notice, it must give a “pay less” notice to the contractor at least 3 days before the final date for payment and that notice should specify the amount it intends to pay and the basis on which this amount is calculated.

The right to suspend performance of a contract is given to a party who has not received full payment of the amount which has become due by the final date for payment and no pay less notice has been given.   In those circumstances, the payee must give 7 days’ notice of its intention to suspend performance, and if payment is made within that period, the right to suspend ceases.  There is no need to give this right of suspension expressly in the contract as it is covered by the wording of the legislation.

Other points to note are that the payee:

Section 108 of the Construction Act contains provisions which give any party to a construction contract the right to refer a dispute arising under the contract to adjudication.  The section states that a party can give notice at any time of their intention to refer a dispute to adjudication and the timetable must be designed to secure the adjudicator’s appointment and the referral of the dispute  within 7 days of the notice, with the adjudicator’s decision within 28 days from referral.  This 28 day period may be extended by 14 days with the consent of the referring party or for any other period by agreement between the parties.

The adjudicator must act impartially and be able to take the initiative in ascertaining the facts and the law.

It is not possible to contract out of these provisions and if the contract is silent on adjudication, there is a statutory scheme – the Scheme for Construction Contracts – which will apply.

Thus, even if the contract is silent, a party to a contract to which the Act applies can require that a dispute is referred to adjudication.

Since 1 October 2011, there are three other points to note:

There are a number of organisations which will appoint an adjudicator and which have adjudication rules which are compliant with the Construction Act.  These include most of the main professional bodies – RIBA (Royal Institute of British Architects), RICS (Royal Institution of Chartered Surveyors), ICE (Institution of Civil Engineers) etc.

For example, an adjudication clause may say:

It should be noted that the Construction Act is so written that if a construction contract does not comply with the Act, the contract will, in effect, be supplemented by the (statutory) Scheme for Construction Contracts.  This sets out details of provisions with respect to payment by instalments and adjudication which will take effect in those circumstances.

Our documents are prepared for international as well as domestic UK use and not all of them contain provisions which are compatible, or fully compatible, with the Construction Act.  These notes are designed to assist purchasers of our contracts who wish to use the documents within the UK.  The law is quite complex and these notes summarise the main points as well as include some illustrative wording, but our notes are not comprehensive and legal advice should be obtained when drafting a construction contract. 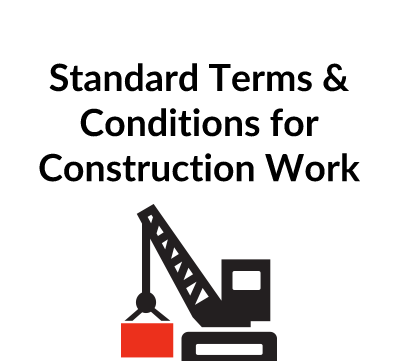 Who can use these Standard Terms & Conditions for Construction Work ? Any business submitting a quote for building work to a potential client and/or supplying the terms and conditions on which the work will… 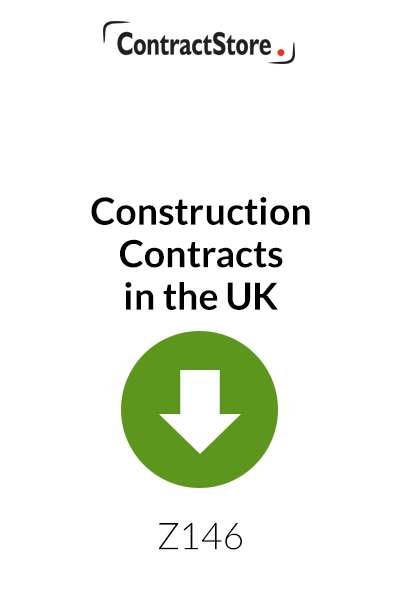