Who can use this Indian power of attorney?

Any company having business in India.

What is this power of attorney for?

It gives authority to the general manager of a company to transact business on its behalf, including making financial decisions and signing agreements on behalf of the company. The power of attorney is governed by Indian law.

What are the main issues for granting a power of attorney for a general manager?

First,  the company needs to be satisfied that the general manager  is an appropriate person to have the authority being given to him.

A power of attorney identifies the scope of the authority to make decisions relating to finance, property and other matters.

So you need to consider how much freedom your general manager will have to make his own decisions.

What detailed terms does the power of attorney contain?

There are 13 clauses covering the range of activities which the manager is authorised to deal with:

There is also a general clause giving wide authority to the attorney to act in the name of the company.

Yes, all ContractStore’s templates are in editable MS Word.  You can adapt it as appropriate and you can use it for more than one appointment.  For more information, watch the video on this page of our website or see our FAQs.

ContractStore supplies templates and is not a law firm. However our templates are all written by experienced lawyers, in this case by an English lawyer who is qualified to practice in India. So, we can arrange legal support if required. See our legal services page for more details. 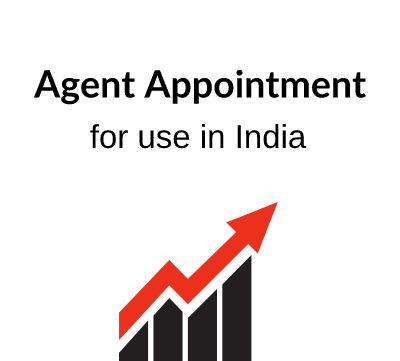 This agency agreement is suitable for a principal, manufacturer or supplier, who wishes to appoint an agent on an exclusive basis in a defined territory for the sale of those goods. This is a detailed…

The power of attorney is a unilateral document executed by the donor or principal, who gives authority to the agent so appointed to act on their behalf.

PERSONS COMPETENT TO GIVE POWER OF ATTORNEY

The power of attorney in this case is given by a company and it should be executed under its common seal, and in conformity with the Articles of Association of the company. A partnership firm or unincorporated associations may also execute power of attorney to do acts on their behalf.

AUTHENTICATION OF POWER OF ATTORNEY

As this power of attorney authorises a person to present a document for registration, it must be executed and authenticated by a Registrar or Sub-Registrar of Assurances.

The authority given by a general power of attorney continues until it is revoked or any of the parties dies, unless it is given for a limited period.  A special power to do an act is determined after the particular act is done.  The authority can be revoked expressly or impliedly by the conduct of principal or agent.  The authority cannot be revoked after the authority has been partly exercised so far as regards such act or obligations as arise from facts already done in agency.  The principal should give reasonable notice to the agent before termination of the agency and if the agent is not aware about the termination and he does any act in pursuance of the power of attorney, the act will not be invalidated.

As a general rule, a power of attorney is not required to be registered.  However, if the power of attorney gives authority to present a document for registration, it must be executed before and authenticated by the Registrar or Sub-Registrar. (You will find information on registration of documents in India at: http://www.dateyvs.com/gener11.htm ).

£12.00 plus VAT
If you have a unique discount code for this product, please enter it as you go through the buying process.
Contracts are available for download from the order confirmation email and in ‘My Account’ after payment. 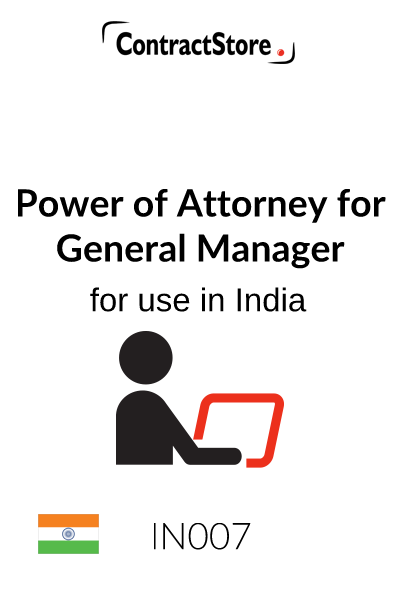