This Arbitration Agreement is designed for use where an employer, main contractor and subcontractor agree to refer disputes arising out of a project to the same arbitrator. It is suitable for international or domestic disputes.

Identify the disputes that are the subject of the arbitration

Identify the arbitrator – either by name or by reference to the required qualifications. Our arbitration agreement has a two-stage appointment process with each party putting forward potential names of an arbitrator, failing which the decision will be made by an appropriate institution.

The arbitration agreement needs to specify place of the arbitration, the governing law and language to be used

The arbitration procedure should be set out to a reasonable extent.

There is also a clause dealing with partial settlement before the arbitration has been completed.

The schedules will contain details of relevant contracts, disputes and matters to be decided by the arbitrator.

You need this document if you are a party to a project dispute, and agree to refer the dispute to an arbitrator for resolution. 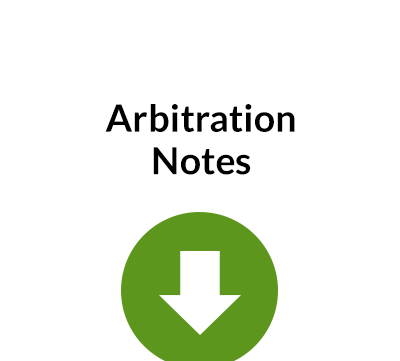 Arbitration is a method of settling disputes between parties to a contract without having recourse to the courts. The clause in the contract which provides for arbitration is usually referred to by lawyers as "the… 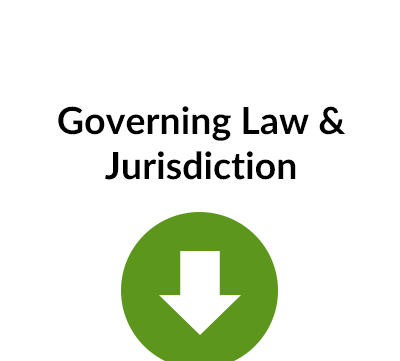 Users of contract templates with an international element will benefit from this guidance. These can include our Chinese Contracts, US documents, Agents and Distributor Agreements, and any others with cross-border application. Introduction Especially when there… 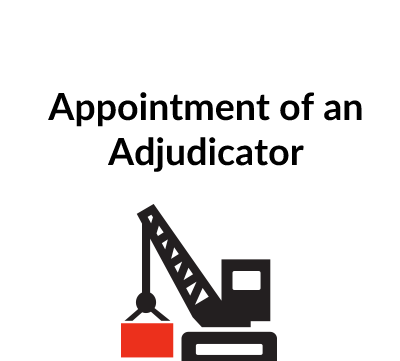 Who can use this contract? When there is a dispute between two parties to a contract, and they want to resolve it by adjudication, this Appointment of an Adjudicator provides a suitable template. What is…

This Agreement is designed for a situation where a dispute involving three parties – developer (or employer), main contractor and one of the subcontractors – has arisen and the parties want to have a formal arrangement for the dispute(s) to be dealt with by a single arbitrator.

Although the terminology refers to a construction project, this form can be used, with some amendments, for any 3 party dispute where there are contractual connections – e.g. client, consultant, sub-consultant.

(For general notes on arbitration, see our Free Information on the website.)

1. SUBMISSION TO AND PURPOSE OF ARBITRATION

This clause establishes the basis of the agreement and the objective -namely to resolve certain disputes which have been identified. Brief details of those disputes and of the contracts which are the subject of the Agreement are to be set out in the Schedule. Care must be taken to be precise as to the disputes to be made subject to the arbitration.

This Agreement provides for a single arbitrator: if more than one is required – sometimes a panel of 3 arbitrators is preferred – the clause would need to be amended.

The clause also specifies the type of qualifications which the arbitrator should possess. This is a matter for consideration whenever arbitration is being contemplated. The fact that a dispute may arise out of a civil engineering contract does not necessarily mean that a civil engineer should act as arbitrator. For example, if the dispute centres on money claims a quantity surveyor or accountant could be more appropriate. Alternatively, if there are important issues regarding the proper interpretation of the construction contracts, a lawyer might be more appropriate.

This Agreement allows a two stage appointment process. First, each of the parties puts forward up to 3 names. If no agreement is reached within a fixed time limit, the appointment will be made by some independent third party. There are numerous organisations willing to nominate or appoint arbitrators from lists which they maintain. In addition to the professional institutions – RICS, RIBA etc. – there are various specialist arbitration institutions – ICC (International Chamber of Commerce), Chartered Institute of Arbitrators, London Court of International Arbitration etc. Before selecting such an institution, it would be appropriate to ascertain the basis upon which a nomination will be made.

Whether the arbitrator is selected from among the names circulated among the parties or appointed by an independent institution, he must, of course, be entirely impartial and independent of the parties to the dispute.

This clause also deals with the possibility of the arbitrator resigning or dying. In this connection, especially in high value arbitrations which are likely to take some time to resolve, it is not unknown for the parties to insure the life of the arbitrator.

Especially in a cross-border or international arbitration, the place of arbitration needs careful consideration. A ‘neutral’ territory is often selected i.e. a country with which none of the parties is connected, or in which none of them have their head office.

There are also legal considerations. Without going into detail, it is easier to enforce an arbitration award in an international arbitration if that award is made in a country which is a signatory to the New York Convention on the Enforcement of International Arbitral Awards.

4 & 5. LAW AND LANGUAGE OF ARBITRATION

These provisions are particularly relevant to an international arbitration when they can be important.

With regard to the substantive law, this may already be set out in the contracts, but if it is not it is advisable to establish it by agreement. The substantive law is the law which will be applied when interpreting the contract(s) during the arbitration. Fortunately perhaps for English practitioners, English law is frequently applicable in international transactions, just as English is a language frequently used in drafting international agreements.

This clause outlines the procedure for the arbitration. However, the clause leaves a lot to the arbitrator, since he needs to have control over the process, deciding the time limits, requests from the parties etc.

Clause 6.5 allows for the Agreement to contain certain specific matters on which the Arbitrator is required to pronounce: if so, details should appear in Part B of the Schedule.

Clause 6.7 deals with disclosure of documents. Under English law all documents which are relevant, even if only peripherally relevant, have to be ‘disclosed’ – i.e. produced to the other parties. Disclosure can be very time consuming and expensive, and this clause makes it clear that the parties want to limit the exercise, although there can be risks in such an approach.

If there is a partial settlement before the arbitration has run its full course, clause 7.5 allows for the cost sharing ratios to be adjusted. This would be appropriate where, for example, the main contractor settles his difference with the subcontractor but carries on the arbitration with the employer.

These clauses tidy up a few legal points. Clause 8 emphasises the binding nature of the process and expressly prevents any party from starting some other legal proceedings relating to the issues in dispute. It also commits them to honouring the award. If anyone fails to do so, not only would he be in breach of this agreement, but the arbitration award will itself be enforced by the courts.

Clause 9 makes it clear that the arbitration clauses in the relevant construction contracts will be superseded, and clause 10 deals with the possibility of a partial settlement with some disputes remaining unresolved. Finally, clause 11 gives the arbitrator the right to settle disputes arising out of interpretation of the Arbitration Agreement itself.

£23.50 plus VAT
If you have a unique discount code for this product, please enter it as you go through the buying process.
Contracts are available for download from the order confirmation email and in ‘My Account’ after payment. 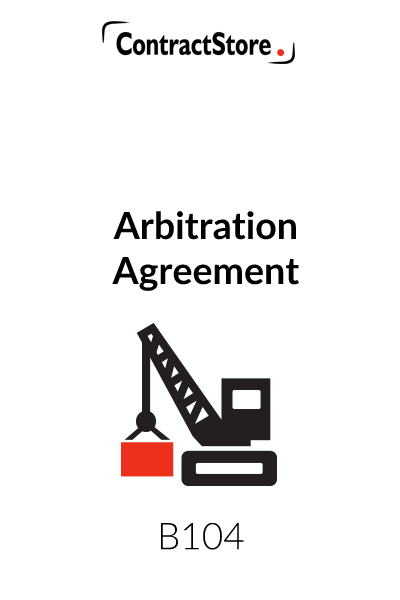