Who can use this Appointment of Buyer’s Representative?

What is this buyer’s representative appointment template for?

It is suitable for a company or organisation that is looking to buy from another country – either raw materials, components or manufactured products.  The terms of the agreement include  the duties of the buyer’s representative, the fee arrangements and duration of the appointment

If you are looking for an agent appointment, see our document A101

What are the main issues for a company appointing a Buyer’s Representative?

Role of the representative.  This will vary depending on what’s required. Our form covers locating suitable suppliers for designated goods & inspecting goods that are ordered by the company Also, from time to time dealing with warehousing, export arrangements etc. and generally following up on any requests for information or action.

Restrictions on authority.  It  is sensible to make it clear that the buyer’s representative does not have any authority to make any commitment to a supplier unless this is given in writing in particular circumstances.

Fee arrangements. This is often related to the value of sales – e.g. a percentage of the net purchase price of goods arranged in the country. There may also be expenses for travel and accommodation when following up enquiries in the territory on behalf of the company

Confidentiality. This is an important provision, given the nature of the work: the company instructing the representative does not want their plans to become widely known in the territory.

What detailed terms does the Buyer’s Representative Appointment  template contain?

ContractStore supplies templates and is not a law firm.  But all our templates are written by experienced lawyers, in this case by one of the authors of Exporting Made Easy .  So, we can arrange legal assistance for customers who need special terms in one of our documents or a bespoke template. . For more information see our Legal Services page.

Appointment of Buyer’s Representative was last modified: May 21st, 2021 by ContractStore

This agreement is designed for use by a company which is based in one territory and is sourcing goods from within another territory and wishes to appoint either an individual or a company in that area to represent it in its dealings with the foreign manufacturers or suppliers.

Please refer to our guidance notes at signing contracts

The description of goods, supplier and territory need to be adjusted depending on the precise circumstances of your contract. In some cases it may be appropriate, for example, to include a schedule in the agreement which specifies the goods and/or suppliers to which the agreement refers.

This clause sets out the basic objective of the agreement – namely the appointment of the representative to act on behalf of the company in the territory.

Clause 3.2 deals with the continuation of the agreement after the initial period and contains a notice period of three months.

If the parties are dealing with each other for the first time, it is advisable to have an agreement which can be terminated relatively soon if the arrangements do not work out satisfactorily but which can be rolled over if things do work out.

4. DUTIES OF THE REPRESENTATIVE

Clause 4.1 starts with some general opening words and then sets out a number of specific services which the representative is required to perform. You will need to adapt this clause to meet your particular requirements.

Clause 4.2 requires the representative to act in good faith and in the interests of the company in all his dealings.

Clause 4.3 is an important provision designed to prevent the representative from making commitments on behalf of the company which have not been authorised.

5. DUTIES OF THE COMPANY

For any agreement such as this to work effectively, the representative needs clear instructions and guidance from the company on what he is required to do. This clause is designed to set out the principal duties of the company with respect to giving instructions for dealing with suppliers, shipment of goods, etc In some cases it may be appropriate for a company to refer to its internal procedures, pro forma order forms etc.

Clause 6.1 sets out the commission payable by the company and how this is calculated – by reference to the net purchase price of the goods, excluding transportation and other charges.

Clause 6.2 is designed to make it clear that the representative’s costs in providing the general services required by the company are covered by the commission.

It is sensible, when finalising an agreement such as this, for both parties to agree precisely what expenses will be paid in addition to the commission and what expenses have to be borne by the representative. Spelling out the details can save problems later.

Clause 6.3 identifies when payment will be made to the representative.

Clause 6.4 provides for direct expenses to be reimbursed in addition to the commission which is payable. This may be appropriate, for example, where the representative has to travel across the territory in order to have meetings with the manufacturer. As drafted, expenses have to be agreed in advance if the representative is to receive them, and he then has to justify those expenses with appropriate receipts, etc.

Clause 7 clarifies the relationship between the parties. This is important as:

Clause 7.1 expressly excludes the possibility of certain legal relationships such as a partnership or employer/employee being created by the representation agreement – thereby preventing the related legal rights and obligations arising.

Clause 7.2, like clause 4.3, makes it clear that the representative has no authority to make commitments on behalf of the company without the company’s prior written authorisation.

Finally, clause 7.3 makes it clear that the agreement is not an exclusive arrangement and the company remains free to appoint other representatives in the territory. If the arrangement is intended to be exclusive then the wording can be changed to read:

“The appointment of the Representative is exclusive and the Company shall not during this Agreement appoint any third party as its representative to act on its behalf in buying Goods in the Territory.”

The representative is likely to obtain business and other information confidential to the company, and the use of that information is restricted by this clause.

Where some unforeseen event which is outside the control of the parties occurs, each party is relieved of its responsibilities for as long as the force majeure event continues to prevent performance of the agreement.

There is always a risk that one party or the other will commit a breach of the agreement or become bankrupt, and this clause deals with this situation.

A designated individual as point of contact is helpful in preventing communication breakdown. Clause 11.2 is a standard clause, but a useful one providing clarity when serving notices under the agreement.

This is an important clause for cross-border transactions. The clause specifies the law and language that will govern the interpretation of the agreement and goes on to provide for disputes to be resolved by arbitration rather than through the courts,

Clause 13.1 is a standard clause for a personal arrangement such as this where assignment or subcontracting would not be appropriate without consent.

Clause 13.2 makes it clear than any negotiations leading up to the agreement cannot be relied upon and the only terms governing the relationship between the parties are those set out in this agreement.

Clause 13.2 deals with the situation where one party has allowed a delay or non-performance of an obligation by the other party. The waiver clause makes it clear that any such acquiescence applies to that occasion only and does not constitute a new agreement.

Clause 13.4 is a technical legal clause designed to avoid the risk of the agreement becoming void in its entirety because one of the clauses is held to be illegal by a Court. 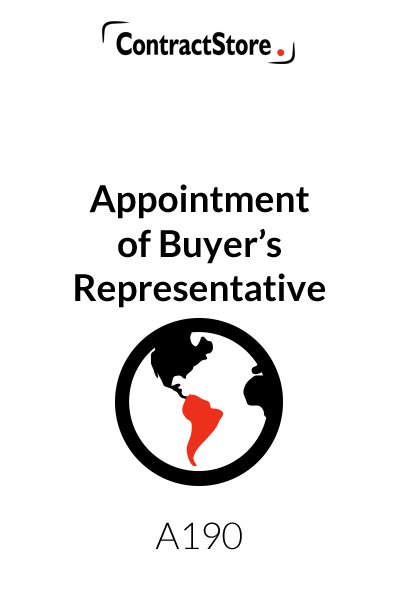