Who can use this Agency Agreement?

Any manufacturer or supplier of goods or services can use this agency agreement.

What is this Agency Agreement for?

The agreement sets out the terms on which the “principal” appoints the agent to find buyers for its goods and services on an exclusive basis in a defined territory.  This version is written from the point of view of the manufacturer or supplier – the principal. For a bias in favour of the agent please see template A102.

Scope of agreement: it will identify the goods or services that the agent will sell and the area in which the agent operates – the territory.

The duties of the agent: these may include producing marketing literature, arranging submissions and providing after sales services as well as the basic task of finding buyers.

Commission arrangements: not just the percentage but also frequency of calculation and payment. There may be special arrangements for sales made outside the territory where the agent was involved in procuring the sale.

Targets: it is useful to fix an annual target for the agent against which you can measure performance.  This can also be useful when dealing with a compensation claim if you decide to dismiss an agent the poor performance.

Duration & Termination: establishing a successful agency is not necessarily a short-term activity and you need an agreement that is long enough to enable the agent to get properly established and bringing decent returns. As for bringing it to an end, beware: you may have to pay compensation even if the agent is not performing well. The rules vary in different countries, so be sure to check.

This appointment of an agent is designed to be compatible with EU law and has recently been updated.

This version is written from the point of view of the manufacturer or supplier – the principal.  For a bias in favour of the agent please see template A102.

If you are working in China you may also want to consider the Chinese translation of this template, C101.

ContractStore supplies templates and is not a law firm.  But all our templates are written by experienced lawyers.  This one was written by the co-author of Exporting Made Easy.  We can arrange legal assistance for customers who need special terms in one of our documents or a bespoke template. . For more information see our Legal Services page.

Contract Author – Giles Dixon is a solicitor, with several years’ experience of drafting cross-border agency and distributor agreements, and he is co-author of Exporting Made Easy, a straightforward guide for exporters. 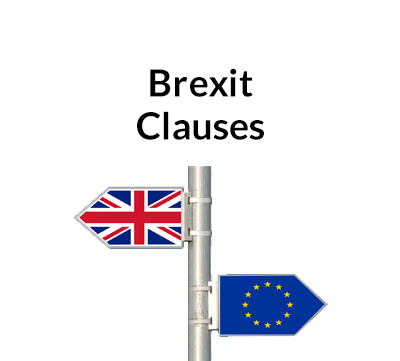 Protect your European contracts with Brexit clauses and avoid business disruption when Britain leaves the EU. Use our templates to avoid a bumpy Brexit.

This Agent Appointment is designed for use by a company that wants to have an agent to find customers for its goods in another country (or another part of the same country).

Unlike a distributor who buys and resells, an agent finds the customers and the company that appointed the agent(the ‘principal’) supplies the goods and gets paid directly by the customer. The agent gets commission on all sales.

When the agreement is a cross-border one – i.e. the supplier in one country and the agent in another – you need to check whether there are laws or regulations in the agent’s country that affect the terms of the arrangement between you. In some countries, for example, there are requirements for an agency to be registered.

When this template is used as a cross-border agreement, the principal should have the text checked by a lawyer in the agent’s territory even if the principal wishes to use the law of his own country as the governing law of the agreement.

Some comments on the clauses in our template are set out below.

Among them it is sensible to identify the Products the agent will sell. If you have a wide range, you may want to limit the scope to some key products initially, in particular if you have not already worked with this agent. The list can always be expanded later. Or you might want different agents for different products.

Be precise about the area where the agent is appointed and has exclusivity: identify the Territory with the name of the region or country and there is more than one, identify each of them by name.

And be sure to check that an agent living in one country has the capacity and the legal right to act as agent in another.

If you appoint the agent as sole or exclusive agent, there is more incentive than a non-exclusive appointment. But it means that only the agent has the right to get commission on sales to customers for the agreed products in the defined territory.

Duration of the agreement will be set out here. Often there will be a fixed period of a year or two and then renewal on a yearly basis.

Our agreement provides for minimum sales targets as this is a good way of benchmarking the agent’s success, as well as giving the principal grounds for terminating the agreement if the targets are not met.

Sometimes the principal already has customers in the territory and we have a clause that allows an existing arrangement to continue. You need to decide if the agent gets any commission in this situation.

The clause also deals with sales outside the territory.

This clause sets out various requirements with regard to sales promotion and reporting by the agent as well as the need for adequate warehousing, stocks of spares, administration etc.

This clause sets out the agent’s duties when dealing with customers including using the principal’s prices and terms of sale with any discounts being approved in advance.

As already mentioned, the customer will usually pay the principal directly and the agent gets commission. The clause has some alternative commission arrangements for you to consider and decide which to use. One of them makes the agent responsible for giving details of sales and commission due to the principal, the other leaves it to the principal to inform the agent. Either way, there are time periods for reporting and for payment of commission.

This identifies the support to be given by the principal such as promotional material, brochures etc.

Training of the agent’s personnel is also covered here as well as how the costs are allocated. This can be useful when there are technical issues the agent needs to understand about the products.

This clause is designed to protect the principal’s intellectual property rights, including trademarks. And the agent has a duty to notify of any infringement in the territory.

While local law may be relevant to the termination of an agent’s appointment, our clause gives the principal the right to terminate for breach of contract, insolvency or not achieving minimum targets.

If the agent’s ownership or management of the agency business changes, this can also be a reason for terminating in some circumstances, including where a competitor of the supplier buys the agent.

In some circumstances an agent will be entitled to claim compensation if the agency agreement is terminated. There is legislation in the EU on this topic as well as in other countries. You will need to get legal advice on this. And we have a free download on this topic our website, document Z163.

The agent is not allowed to compete with the business of the principal during and for a specified period after the end of the agency.

It is always sensible to have a confidentiality clause to protect against misuse of confidential business information.

There are various items in this clause beginning with an indemnity from the agent in favour of the principal if the agent acts improperly in some way that results in a liability for the principal.

There is a restriction on assignment or subletting by the agent. 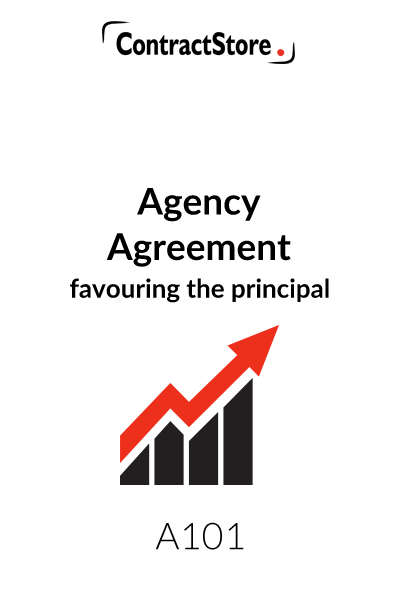