Home / International / For use in India / Doing Business in India

DOING BUSINESS OVERSEAS: THE CHOICE OF DESTINATION OR JURISDICTION

In this note we consider one of the key emerging markets, India, and assess some of the practical issues that are relevant to a decision on doing business there. The selected issues are those that, while being of practical importance, are not often raised in the overviews that are usually available to SMEs that could assist them in their choice of jurisdiction, as well as in their evaluation of business risk and sustainability.

Clearly an understanding of the local law of contract is crucial for any organisation that is contemplating doing business in any jurisdiction.

Often foreign companies, entities and individuals seeking to do business in India, especially those from the UK and other Commonwealth countries, are comforted by the fact that India, through its historical links with England, operates a common law system closely based on English law.

Whilst it is true that India adopted its legal system from the English and the principles and rules of common law as known in England prevail to a large extent in India, several adaptations in the law and an idiosyncratic business culture unique to India make it imperative that care is taken when entering into a contract for sale to ensure adequate protection exists in case of breach.

In the event that a company is seeking to export goods to India, any contract for sale and export would be governed by The Sale of Goods Act, 1930 (“Goods Act”) and the general principles of The Indian Contract Act, 1872 (“Contract Act”).  These Acts are predominantly based on principles of English Law.  Any export of goods to India is a contract of sale of goods whereby the seller transfers or agrees to transfer the ownership in the goods to the buyer for a price.  Under the Goods Act, a distinction is made between ‘Sale’ and ‘Agreement to Sell’. In a ‘Sale’, the property is transferred from the seller to the buyer forthwith.  In an ‘Agreement to Sell’, the transfer is to take place at a future time or subject to certain conditions to be fulfilled.  An ‘Agreement to Sell’ becomes a ‘Sale’ when the stipulated time elapses or the conditions subject to which the property is to be transferred are fulfilled.

Some of the key aspects pertaining to breach of the contract for sale and remedies provided under Indian law are explained below. The legal remedies that are available to parties include court action for:

REMEDIES FOR BREACH OF CONTRACT

An award of ‘damages’ is the most common remedy granted by Indian courts in the case of breach.  Indian courts also recognize the concepts of ‘liquidated damages’ and ‘penal stipulations’ in contracts of sale.  In certain cases, the court may direct the defaulting party to comply with “specific performance” of the contract, namely, the party may be directed to perform the very obligation which it had undertaken contractually.  This remedy is discretionary and granted only in exceptional cases.

To ensure adequate protection, it is advisable that the parties include a clear and unambiguous clause on governing law and jurisdiction in the contract.  It is a common practice for foreign companies to stipulate that the contract be governed by foreign law and be enforceable in a foreign court.  In the event that a foreign law or jurisdiction is provided for in a contract, the enforceability of such foreign judgments or awards in India must be considered.  Another option which has become increasingly popular (see also below) is to opt for arbitration either in India or abroad.

Therefore, while structuring a contract of sale when selling to India, it is just as crucial that the rights and obligations of the parties are clearly stated in the contract for sale as it is when doing business in the UK.

Some of the key issues relating to Indian jurisdiction are enumerated below. It should be borne in mind that several of the points that are made in this context also have relevance to the negotiation of commercial agreements generally.

In order to be enforceable some documents have to be duly stamped.  Accordingly, the foreign counter-party should ensure that it is appropriately stamped in accordance with Indian laws within a given period of time once the document arrives in India.

Indian income tax laws allow tax to be withheld in respect of any sum paid to a foreign person.  Provisions of the Double Taxation Avoidance treaty should be considered while negotiating the Agreement.

Prior to entering into a contract there may be a need for one or both of the parties to comply with exchange control regulations. Appropriate checks should be made of such compliance.

Opting for litigation as the mode of dispute resolution, even if foreign law is chosen as the governing law, is not advisable. Arbitration would be a preferred mode of dispute settlement especially since foreign arbitral awards are recognized and enforced in India.

It is advisable that Automatic Early Termination be made applicable when there is an Indian counter-party.  In other words, the contract should contain a clause allowing a party t terminate it in certain defined circumstances.  However, care must be taken in drafting the events that constitute a bankruptcy event since it is quite common for a creditor (especially in India) to issue a bankruptcy notice and at times institute proceedings more as a pressure tactic on the debtor rather than in the hope of succeeding in the proceedings.

In India, as is the case in the UK, the term “bankruptcy” is used in cases of individuals only.  Companies are either “wound-up” or “liquidated”.  In respect of claims against a company in liquidation, Indian Courts would treat the naked exposures of a foreign counter-party as an unsecured debt and accordingly subordinate any such claim to those of secured creditors and other statutory dues.  It is therefore advisable to include safeguards to provide leading indicators, which would enable a foreign counter-party to terminate before a liquidation order is passed or a liquidator appointed.

From the points that have been discussed above it is evident that many of the issues that business organisations have to consider in their commercial arrangements in the UK or the EU have to be dealt with equally when doing business in India. This note has set out information by way of general overview: where specific issues or questions arise specific legal advice should be sought.

ContractStore has a range of contract templates for use in India.  You can find the full list here 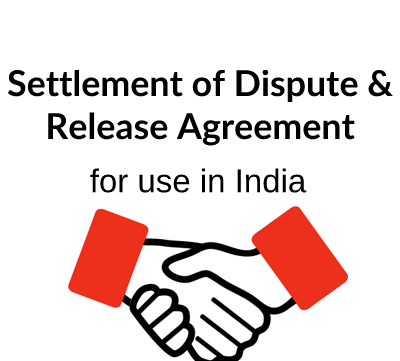 Where parties have agreed to settle a dispute on condition that an amount of money is paid to one party in exchange for them ending legal proceedings, this agreement applies. This Indian law-governed agreement is… 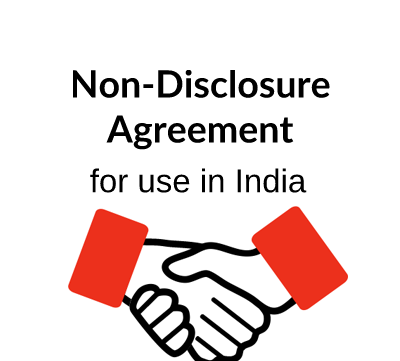 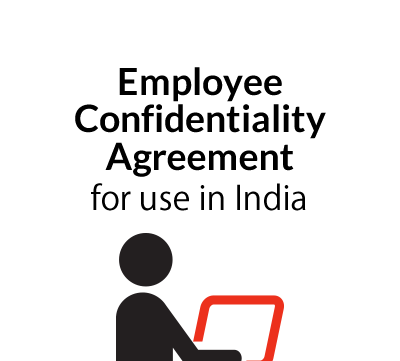 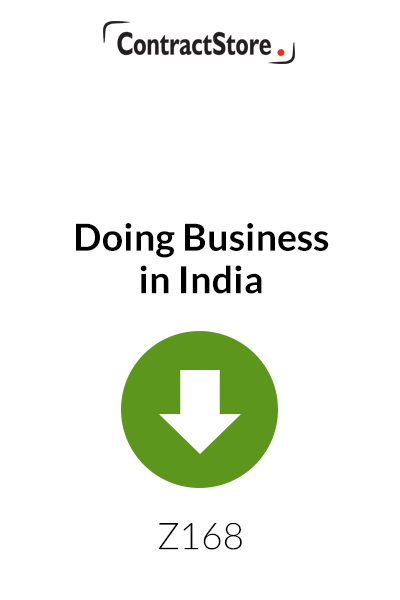