The liability of the parent is limited so that it will be no greater than that of the subsidiary under its contract with the client.

You can use this document if you are a company acting as guarantor for a subsidiary’s contracts, and want clarity on the terms of your guarantee agreement.

Who can use this tender bond? A developer, buyer. public authority or other organisation. It is also known as a bid bond. What is this tender bond for? It is for use by a company… 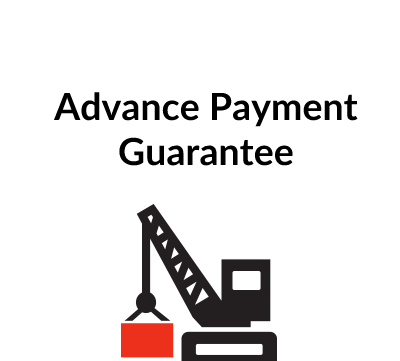 It is usual for the ultimate holding company of the contractor to be asked for the guarantee, but this is not always the case. For example, if there is an intermediate company within a group which has sufficient assets, the client might be willing to accept such a company. Moreover, sometimes this is to the advantage of the beneficiary. For example, if a contracting company incorporated in England is ultimately owned by a US corporation, the client needs to consider whether it may have difficulties in enforcing the guarantee if for any reason the parent company does not pay. The chances are that legal proceedings in the United States might be necessary. So, if in the group that owns the English contracting company, there is an English “parent” that has adequate assets, the guarantee might best be obtained from that English parent.

Our form of guarantee is fairly balanced but, compared with some guarantees requested by clients, its terms are quite constrained and do not impose on the guarantor any excessive obligations. In particular, the guarantor’s liability is no greater than that of the contractor whose obligations are being guaranteed and our wording does not include any indemnity from the parent company in favour of the employer.

Clause 4 makes it clear that any change to the terms of the Contract which may be made without the Guarantor’s knowledge will not relieve the Guarantor of any of its liabilities under this document. This is a fairly standard requirement as, without it, the Guarantor might be able to avoid its obligations under the guarantee by claiming that the contract it is guaranteeing has been changed without its knowledge or consent.

Clause 5 deals with the duration of the Guarantee: we have inserted in italics three possible alternatives: you should select the one you prefer or amend the wording as appropriate. Our alternatives are, firstly, a general statement relating to the Contractor’s obligations; secondly, expiry of the guarantee is tied to practical completion of the Contract; thirdly, it is tied to the end of the defects rectification period. Of these, the third alternative is the most usual in the construction industry.

It is always useful to specify a cut-off point in this clause. Sometimes an Employer will require wording that the Guarantee will remain in place for so long as the Contractor has any liability under the Contract. In such a situation, the Guarantee could remain in place for several years: under English law there is a statutory limitation period – i.e. the period within which a contractor might have a liability for some defect that appears in his work or services. This is usually 6 years from completion of the services and, if the contract is entered into a deed, the period would be 12 years. So, whenever there is a clear termination point in the Contract, it is sensible to refer to it in this clause of the Guarantee, otherwise the parent company might be called on to pay under the guarantee some years after the contract has been completed.

Clause 6 deals with the method of submitting a notice.

Clause 7 makes it clear that the benefit of the Guarantee is not freely assignable by the Employer, but if the Employer assigns the contract to a third party, the Guarantee can also be assigned – the Guarantor would find it difficult to object in such circumstances under our wording.

Clause 8 deals with some UK legislation concerning third party rights and makes it clear that no third party has any rights to claim under the Guarantee.

Clause 9 specifies the governing law and it makes it clear that any dispute will be referred to the English courts. If the contract is not subject to English law, then this clause may need to be adjusted.