Who can use this Distributor or Reseller Agreement template?

Any distributor  whose business involves the resale of products bought from suppliers or manufacturers.

What is this Distributor or Reseller Agreement for?

It establishes the terms on which the  distributor will work together with the supplier. This is important, to give certainty to both parties who, together, applying the terms of the agreement, can work to promote sales of the supplier’s products by the reseller.

For an agreement favouring the supplier, see our document A117.

What are the main issues for a distributor or reseller?

Product Scope. If your supplier has a wide range of products you will want to  decide whether the agreement should cover all or only certain of those products.  If you begin with a small range, you may want the agreement to say it can be extended.

Pricing & Payment terms. Obviously these are important, with the distributor wanting a god margin.

Ordering & Deliveries. Will the supplier respond promptly to all orders for products?

Product & Marketing Support. Is the supplier going to assist with marketing initiatives and general promotion?

ContractStore supplies templates and is not a law firm.  But all our templates are written by experienced lawyers.  This template was written by the co-author of Exporting made Easy.  So, we can arrange legal assistance for customers who need special terms in one of our documents or a bespoke template. . For more information see our Legal Services page. 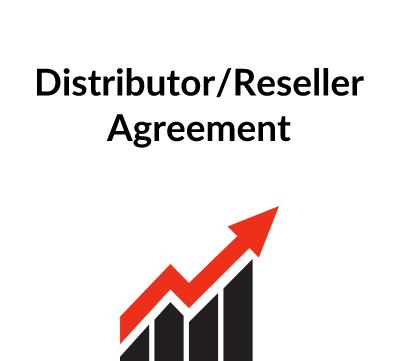 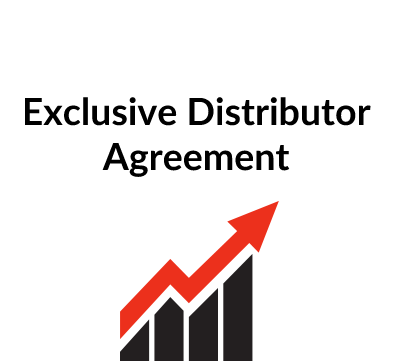 This contract template is a comprehensive Exclusive Distributor Agreement for use between a manufacturer and a corporation or individual who is appointed as exclusive distributor for the sale of Manufacturer’s products in a defined territory.… 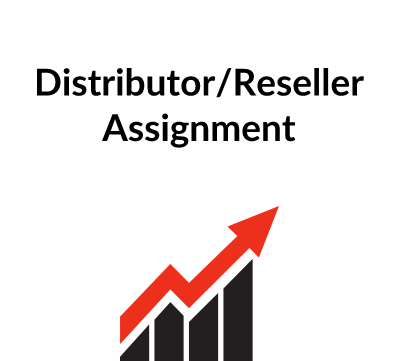 Who can use this Distributor Assignment This distribution business transfer  is for use when one distributor transfers the business to another. There are three parties to the agreement: the manufacturer/supplier, the existing distributor and the…

A Distributor buys for resale and each order placed by the Distributor will constitute a separate contract. Unlike an agent, a Distributor is selling on his own account and not on behalf of the Principal. Both parties will nonetheless want to be sure that the Distributor has adequate information and literature concerning the products as well as having a workforce capable of handling sales and any after sales or maintenance which may be required.

Since this is a cross-border agreement – i.e. each of the parties is in a different territory with different laws – it is important that the Distributor has the agreement checked by lawyers in the Principal’s country – and vice versa. In some Gulf States, for example, the law does not recognise a distinction between a distributor and an agent and a distributorship agreement could be subject to local agency law and in some circumstances the agreement may be registrable and governed by the local law whatever the document itself may say.

Specific comments on the template are set out below:

First, please note that this Agreement contains some clauses with alternative wording and some parts of the Agreement are in square brackets [ ] and/or italics. It is important to ensure that the final Agreement to be signed by the parties contains only wording that is agreed and that all alternative provisions and square brackets (and these Explanatory Notes) have been removed. Similarly, all blanks should be filled in before signature. There is more information on completing our documents at signing contracts.

Here set out the full name of each of the parties and the official address of that party – if it is an English limited company, this will be the registered office.

We have inserted 4 definitions including that of the territory which needs to be defined. The territory may cover a complete country, part of a country or more than one country, but whatever the case, be sure to define it precisely – do not, for example, say “any country in South East Asia” since there could be an argument as to what is meant by the South East Asia. The Distributor often wants a larger territory than the Principal, but should beware of taking on too many territories which it cannot control, (particularly if the Principal insists on minimum sales quantities being met).

In clause 2.2 the date upon which the Agreement comes into effect should be stated as well as the initial period – say 2 years. If notice of renewal is required, clause 2.2 might say that it will expire at the end of the initial period “unless it is renewed by agreement between the parties at least 3 months before the expiry date”.

This clause sets out the arrangements for ordering and includes provision for the Distributor to give the Principal estimated requirements in advance so that he can plan accordingly. Clearly, the precise details of this clause will need to be tailored to the particular arrangements in place within the relevant organisations.

Clause 3.3 makes is clear that each sale constitutes a separate order for goods. Each order may be governed by Principal’s standard Terms & Conditions of Sale or (as stated here) Distributor’s Terms & Conditions of Purchase, or perhaps an agreed set of conditions will be developed. It may be sensible to state that a copy of the agreed terms is annexed to the Distributorship agreement so that there is no doubt as to terms which are to be incorporated.

Clause 4.1 assumes that the standard list price of the Principal will apply to all sales but there may be some pre-agreed discounts, in which case the words in square brackets at the end of the clause should be incorporated in the document. It is not uncommon for the discount to be referred to in an appendix to the Agreement.

Clause 4.3 provides for payment to be within a specified period. (A Principal is likely to require payment on a letter of credit but we have not specified this in this version of the Agreement. See, by contrast, Document A117).

It is useful to specify the consequences of termination and these are dealt with in clauses 9.2 to 9.5. Note in particular the provisions of clauses 9.2.2 and 9.5: as currently drafted the Principal’s liability to the Distributor for termination other than as a result of a breach of the Agreement by the Distributor is wide-ranging and includes claims for loss of anticipated profits. This area is likely to be the subject of negotiations between the Principal and Distributor and it is possible that the Principal may wish to impose a cap on its liability. Local legal advice should be taken as to the rights of each party on termination and the effectiveness of any cap or limitation of liability. See Document A117 for an example of an agreement which favours the Principal upon termination.

10.1 Assignment. The relationship is one which would not normally be assignable and an express prohibition on assignment is included subject to the other party’s written agreement.

10.2 Sub-contracting. This is drafted so as to make it clear that the Distributor has the right to subcontract its role to others but must notify the Principal.

10.4 Language. This specifies the ruling language. Where the Agreement is translated into another language and both versions are signed, it is advisable to specify which is the ruling version, in case of any discrepancy. Equally important, when this happens, an independent check of the translation should be made to ensure that it is an accurate translation.

10.5 Entire Agreement. Quite often a distributorship agreement is only entered into after a course of dealings and/or an exchange of letters. The purpose of this clause is to make it clear that the Agreement replaces those earlier arrangements.

10.6 Resolution of Disputes. The principal objective of this clause is to have any disputes which may arise resolved by an independent tribunal, not necessarily in the territory of either Principal or Distributor. This clause proposes arbitration in accordance with the UNCITRAL (United National Commission on International Trade) Rules. See our free downloads for notes on Dispute Resolution.

Each party should ensure that the Agreement is signed by a director or other duly authorised officer. The signing clause assumes that each signature will be witnessed by a third party. 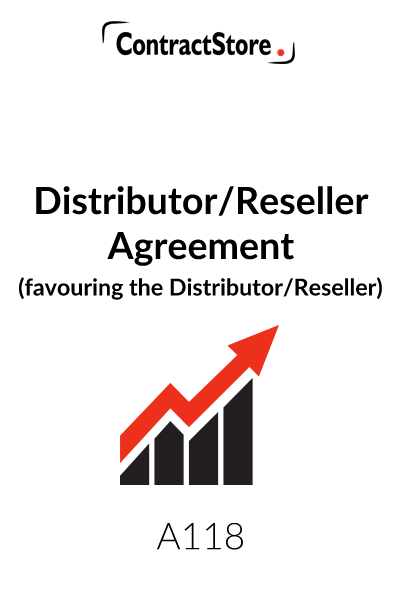